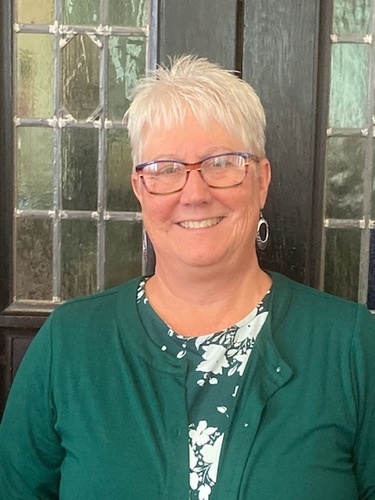 She served as Secretary for the Montana Synod from 2007 – 2017 and as liaison to the companion synod, the Cape Orange Diocese in South Africa for several years.

Peggy was called to serve as the Director for Evangelical Mission in 2017. She works with the Congregational Vitality and Stewardship Task Forces and with congregations and leaders across the synod to equip leaders for ministry.  She values relationships and works to live out the definition of Congregational Vitality in the ELCA to help congregations be "communities of Jesus where there are life-changing relationships with God, one another and the world." She is certified as an ELCA Level II Coach and has completed training in Community Organization and the Executive Certificate in Religious Fundraising.

Peggy and her husband Steve are parents of young adult sons: Trevor and Ethan. Peggy is a weaver, enjoys her dog, Sheena, live theater, and travel.

Subscribe to receive email updates with the latest news.